You wake up one morning with what feels like a jackhammer inside your skull.

Your throat is raw from coughing and your nose is so stuffed that you reminisce about the days when you were a member of the Five Senses Club. Hidden among the pile of scrunched up Kleenex is your phone, but after a few thumb taps, the heart palpitations that WebMD has given you make your snotty nose seem almost pleasant.

This scenario would have been unfathomable before Google, but to many of us it will strike a familiar chord. We live in a world where medical information is available at our fingertips, something which has revolutionized the shared decision-making model for patients and doctors alike. Education equals empowerment, and thanks to the abundance of knowledge that’s available online, patients have unlimited access to resources that allow them to make informed choices with newfound responsibility.

But unfortunately, this comes at a cost – enter the room, self-diagnosis.

According to statistics, 44% of those reading this article have championed self-diagnosis at some stage. 100% of those writing this article are admitting to doing it too. Limited access to GPs throughout the pandemic means that telehealth usage has shot up 38-fold since the pre-COVID baseline. There is a clear dependency on the internet for healthcare advice, and as a symptom of healthcare-site trawling, self-diagnosis clearly is going nowhere.

But considering the usual ‘new year, new me’ malarky, I’ve decided to quit being a self-confessed self-diagnoser. Why? Well, aside from avoiding a self-induced racing pulse, it turns out there are plenty of reasons to leave this habit in 2021.

To start, there are over 10,000 diseases in the world, so it is inevitable that symptoms overlap. Accurate diagnosis can prove challenging even for those with a medical degree on their mantelpiece and trying to diagnose without the same number of years of intensive studying and real-world experience often yields conclusions far from accurate. It’s a little like throwing darts with a blindfold on and someone guiding your throw – I’ve got some direction – I might even hit the board – but the odds of hitting bullseye are slim. Now chuck in a few pints in the form of unreliable sources, and I have a better chance of puncturing the plaster than the board.

But it’s not just about experience and qualification – HCPs also possess the gift of an objective eye. In the doctor’s office, imagination is overruled by evidence and speculation is left in the waiting room. This objectivity may prove particularly useful to the many like myself who also have the tendency to flirt with google-induced catastrophizing. In a 2020 study, nearly 15% of respondents said that Googling their symptoms made them more anxious. This phenomenon has been aptly named ‘cyberchondria’. The importance of impartiality becomes even more significant when we consider the credibility of many websites as well as the algorithmic disposition to selectively push content that will entice engagement.

OK, OK, so we might disgruntle our local GP surgery and get into a bit of a panic… so what?

Well, over half of people admitting to using someone else’s pain relief medication after self-diagnosing is probably a good place to start.

Hear that sound? That’s the unanimous wail of pharmacists that occurs every time someone self-medicates with their preferred choice of prescribed drugs. Taking medication prescribed for others not only runs the risk of side-effects, but also interactions with other medications or over-the-counter products that someone may be taking. Even more concerning is that many medications have the potential to be addictive, in particular pain medication. Given that pain medications are some of the most commonly prescribed drugs, one can’t help but wonder how many prescribed pain relief tablets are sliding down unintended recipients’ throats.

But at the heart of the issue is the fact that self-diagnosis and consequential misdiagnosis means that the root cause of symptoms is not being addressed.

If self-medication is someone’s source of kicks, sure, they might relieve some symptoms…but are they actually getting better? Absolutely not. Aside from being futile, avoiding treating the root cause means that the condition is offered the perfect opportunity to manifest and progress. Take the example of low mood – low mood can be a symptom of depression, but also of hypothyroidism, which, upon failure to treat can cause a range of issues including infertility, heart disease and kidney disease.

And it might not be just the self-diagnosers who are wandering down the wrong path, there is also the chance of an HCP being misled by conclusions drawn by patients. 1 in 5 people who look online for healthcare information tell their doctor about what they discovered. In other words, around 20% of people may be dragging their doctors down dead-end roads. This can be particularly dangerous if a patient has a disorder(s) where no physical symptoms are present and diagnosis is reliant on patient testimony, for example in mental health disorders.

So there you have it: dot-com diagnosis is a risky game to play, and I’m going to try to leave it behind this year. It is incredibly important to take charge of our health and remain vigilant, informing our doctors of our symptoms as accurately as possible, but we must also remain conscious of the risks that come with our gravitation towards Google.

Let us instead use the internet as a way of making informed decisions that help us feel our best. 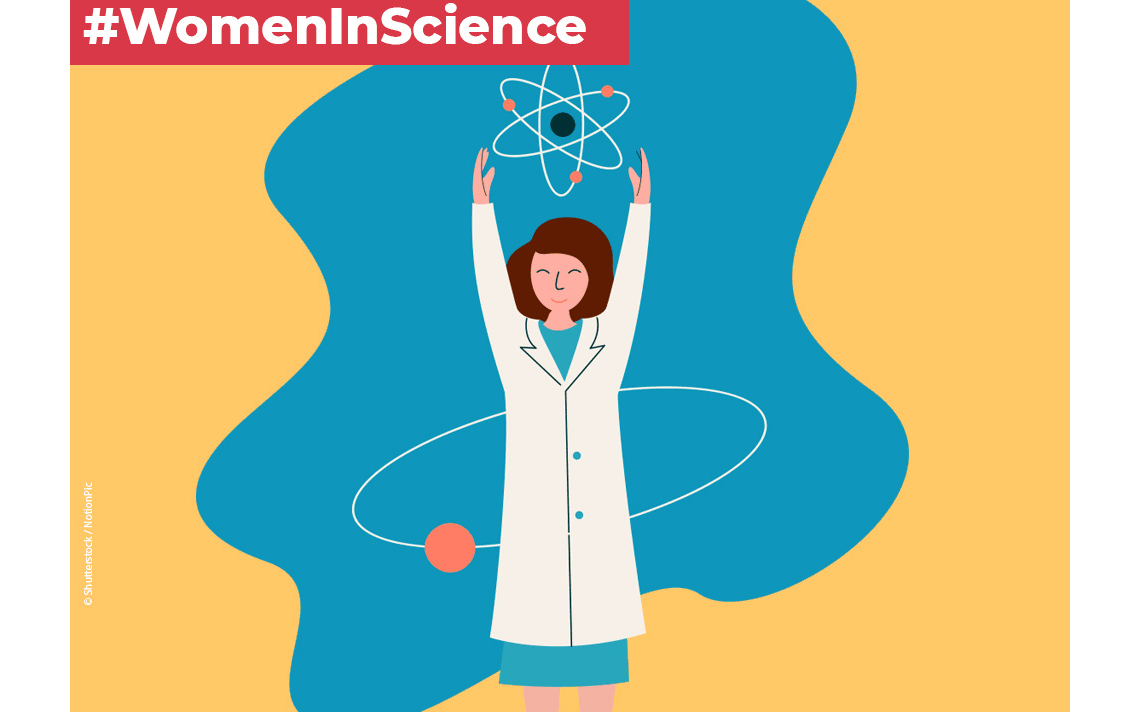 Happy International Day of Women and Girls in Science!